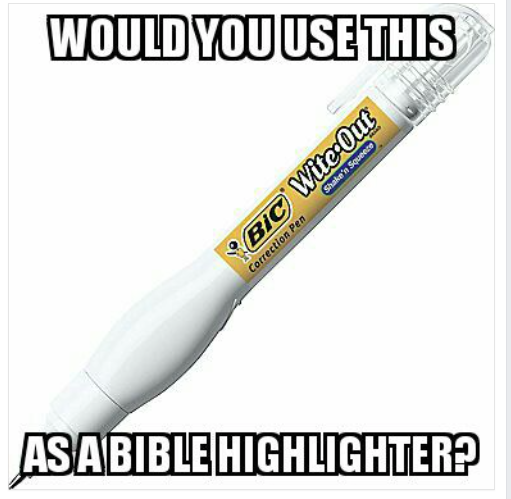 Would you trust this man to sell you a used car?

These are such huge whoppers I could not believe he actually wrote this totally false information in his book. There is tons of evidence that even the early papyrus manuscripts, all of which came from Alexandria Egypt, were a mixed bag and there are many Byzantine readings found in them where they agree with the KJB readings and not the Westcott- Hort Alexandrian copies of Sinaiticus and Vaticanus.

The early versions like the Old Latin contain many Traditional Text readings not found in Sinaiticus and Vaticanus as does the Syriac Peshitta. And both of these predate Sinaiticus Vaticanus by 150 years.

Even Dr. Hort of the famed Westcott Hort text said: "The fundamental Text of late extant Greek MSS generally is beyond all question identical with the dominant Antiochian or Graeco-Syrian Text of the second half of the 4th century." (Hort, The Factor of Geneology, pg 92---as cited by Burgon, Revision Revised, pg 257).

Dean Burgon immediately comments: "We request, in passing, that the foregoing statement may be carefully noted. The Traditional Greek Text of the New Testament, ---the TEXTUS RECEPTUS, in short--is, according to Dr. Hort, `BEYOND ALL QUESTION the TEXT OF THE SECOND HALF OF THE FOURTH CENTURY.'

In other words, at the very time Sinaiticus and Vaticanus were penned, the Byzantine texts were already the predominate texts of the Christian church!

Then the "scholar in residence, James White" seems to contradict himself in discussing John 1:18 where the KJB says "but the only begotten Son, which is in the bosom of the Father, hath made him known". Here the NASB says "the only begotten God", which is heresy, while the NIV has three different readings depending on which NIV you happen to buy.

Here James White says: "the reading for 'the only begotten Son" (he puts it in Greek) is very great indeed. It is, obviously, the majority reading of both the manuscripts, the translations, and the Fathers (though some Fathers show familiarity with more than one reading). Then he goes on to tell us that the reading found in the NASB, NIV "command little manuscript support".

For an much fuller discussion of John 1:18, its meaning, and the multitude of conflicting modern versions renderings, see my article here:

What do other equally trained and "competent scholars" have to say regarding the papyrus manuscripts, the early translations and the church fathers? The NKJV editors (which, by the way, Mr. White recommends as a "reliable translation") tell us THE EXACT OPPOSITE of what Mr. White so boldly and confidently states.

The following quotes are found in the 1982 edition of the NKJV. Keep in mind that these men are not King James Bible onlyists.

In the preface of the NKJV, which was translated by some of the same men who translated the NIV, it says on page vii "The manuscript preferences cited in many contemporary translations are due to recent reliance on a relatively few manuscripts discovered in the late nineteenth and early twentieth centuries. Dependence on these manuscripts, especially two, the Sinaitic and Vatican manuscripts, is due to the greater age of these documents.

However, in spite of their age, some scholars have reason to doubt their faithfulness to the autographs, since they often disagree with one another and show other signs of unreliability.

On the other hand, the great majority of existing manuscripts are in substantial agreement. Even though many are late, and none are earlier than the fifth century, MOST OF THEIR READINGS ARE VERIFIED BY ANCIENT PAPYRI, ANCIENT VERSIONS, AND QUOTATIONS OF THE EARLY CHURCH FATHERS. This large body of manuscripts is the source of the Greek text underlying the King James Bible. It is the Greek text used by Greek-speaking churches for many centuries, presently known as the Textus Receptus, or Received Text, of the New Testament.

Then on page 1231 the NKJV editors say: "The Byzantine Text. This text was largely preserved in the area of the old Byzantine Empire, the area which is now Turkey, Bulgaria, Greece, Albania, and Yugoslavia. OVER EIGHTY-FIVE PERCENT of the extant manuscripts belong to the Byzantine text type. Also, from the oldest to the most recent manuscripts of this type, there is greater homogeneity than among the manuscripts of any other text type. The King James Version is based largely on a Byzantine type Greek text."

Other scholars who disagree with what James White says -

Here are a couple of quotes from Kurt Aland, one of the chief editors of the modern UBS, Nestle-Aland texts upon which most modern versions are based, regarding the Greek manuscript issue. Mr. Aland remarks, “…the greatest number of manuscripts, comprising the bloc of Majority text witnesses in most instances, are always the same --- they are manuscripts with a Byzantine text. The representatives of this text type are extremely homogeneous, exhibiting a high ratio of agreement among themselves (Aland, The Text of the NT, p. 323).”

Notice what Aland observes immediately after that – “For manuscripts with the fewest Majority readings, that is, most of the early manuscripts, exactly the opposite is true. Even the MOST CLOSELY (caps mine) related among them generally show agreement ratios of between 60 and 70 percent (Ibid, p. 323).”  In other words, the manuscripts most modern versions rely on only agree with each other about TWO THIRDS of the time.

You can see a whole lot more on this study by Kurt Aland in my article called "Are all bible versions 99.5% the same?"

Dr. Jeffrey A. Young, Ph.D, writes in his article "An Examination of Modern New Testament Text Criticism Theory and Methods" :The Peshitta (a translation into Syrian) was produced early in the second century. It is possible that this translation was in the hands of Saint John. There are 350 copies extant of this translation, and they support the traditional text. The old Latin translation that was in use when Jerome prepared the Vulgate was translated much earlier than 300 A.D. because 50 copies are still extant dated between 300 and 400 A.D. This translation is also a witness, prior to the fourth century, that testifies to the authenticity of the traditional text."

Dr. H. A. Sturz has collected lists of readings found in Papyri dated between 100 and 300 A.D. that contradict the major premise of Westcott and Hort. His first list gives 150 different readings of the traditional text, that Westcott and Hort rejected because they were found in neither ALEPH, nor B, nor D.

Is James White right about Westcott and Hort and the modern "Vatican Versions"?

James White, the Protestant Pope of the New Vatican Versions

James White's Criticism of Titus 2:13 "the great God and our Saviour Jesus Christ" in the KJB

Acts 10:11 - An Example of James White's "Scholarship" that is about as deep as a Parking Lot Puddle.