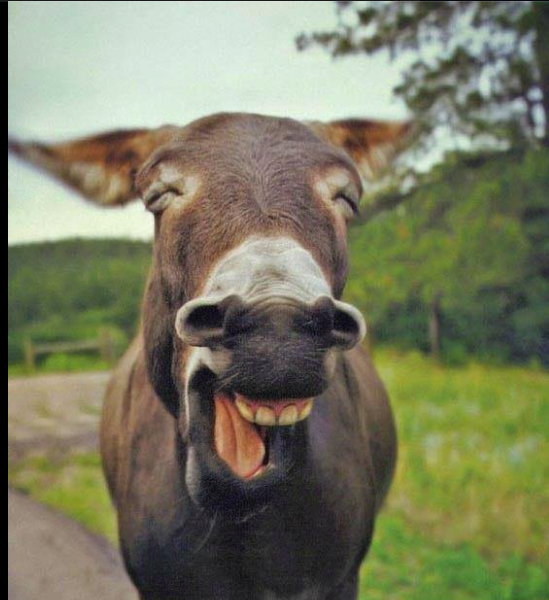 In this 43 minute You Tube video, Mr. Brown supposedly refutes King James Bible onlyism by presenting the modern Vatican Version Party Line, which he probably picked up from men like James White.

He presents what he thinks are undeniable errors in the King James Bible, and he is simply wrong about every one of them. And it is abundantly clear that he favors the Vatican supervised Alexandrian texts that make up the United Bible Society/Nestle-Aland, constantly changing Critical Greek text.

If you think I am making this stuff up about how these modern Versions are Vatican Versions, then see the documentation and proof of these things for yourself here -

Mr. Brown strongly rejects the last 12 verses of Mark 16 and claims that “all reputable scholars” know that these have been added to the text and are not inspired Scripture - even though they are still found in all the bibles this man recommends like the ESV, NIV, NASB, NKJV.

He goes on to argue that the language found here is very different from the rest of the book of Mark.  I have heard this argument presented before, and it is totally demolished by others like James Snapp, Jr., who is not even a King James Bible believer.

You can see his video teaching about the alleged language differences in my article on these verses.

The truth of the matter is that he could not be more wrong.  These verses ARE inspired Scripture and they DO belong in the Bible.  The evidence is simply overwhelming.

Here are my articles that refute every alleged error that Mr. Brown brings up.

2.  Easter - Mr. Brown claims that the word Easter is completely wrong in Acts 12:4 and that the Greek does not mean Easter but Passover.  This is a very common charge brought against the King James Bible.

What all Bible critics fail to understand is that the word Paska has TWO meanings. You can look them up in any Greek Dictionary. One is Passover and the other is Easter.

The KJB is not the only Bible to correctly have Easter in Acts 12:4 and there are many good reasons why this is the correct translation in that verse.

Mr. Brown says that this is another mistake in the KJB and that it should be “you shall not murder”.

Here is why the KJB is right and is not an error at all.

4.  Mr. Brown says that the word “Master” is wrong in the KJB and should be “Teacher”.

5.  Everything in this silly video is flat out wrong. One of the things he said was "wrong" in the KJB was Psalms 68:19. All this is, is his own very flawed personal opinion.

Psalms 68:19. "Blessed be the Lord, who daily LOADETH US WITH BENEFITS, even the God of our salvation."

The Jewish Virtual Library The Tanach [Full Text] 1998 - “Blessed be the Lord, who daily loath us with benefits, even the God of our salvation. Seals.”

The Natural Israelite Bible - “Blessed be Yahweh, Who daily loads us with benefits, The God of our salvation! Selah”

However the NIV, NASB, Holman say: "who BEARS OUR BURDENS"

The ESV says "who daily BEARS US UP"

Young's says merely "day by day HE LAYETH ON US"

while Douay says "who makes our journey prosperous".

The Complete Jewish Tanach 2004 says: "every day God LAVISHES UPON US OUR SALVATION forever."

As is so often the case with Bible commentators, what one affirms another denies.

Matthew Poole's English Annotations on the Holy Bible - "Who daily loadeth us with benefits; and besides that great and glorious blessing of his ascension which once he wrought for us, he is daily conferring new favours upon us. Heb. who layeth load upon us; which may be understood either,

1. Of the burden of afflictions, for which God’s people have cause to bless God upon many accounts. OR RATHER,

2. OF MERCIES AND FAVOURS, WHICH IS MORE AGREEABLE TO THE CONTEXT; wherewith in common speech men are said to be loaded by another when they receive them from him in great abundance.

6. Like Most Vatican Version promoters, Mr. Brown claims that 1 John 5:7, the strongest verse on the Trinity in the Bible, is NOT inspired Scripture and does not believe it belongs in the Bible.

Again, he is completely wrong about this, and here is why.

1 John 5:7 "the Father, the Word and the Holy Ghost: and these three are one"

7. Mr. Brown complains about how the English language has changed so much, and that the King James Bible uses the expression “the meat offering” which he says should be “the grain offering”.

Apparently with all of Mr. Brown’s education and scholarship, he doesn’t even know his own English language very well.

See also my article “Some Thoughts on the “archaic” Language of the King James Bible.”

8. Mr. Brown commits another blunder when he tells us that the word “study” as used in 2 Timothy 2:15 does not mean “study” but rather “do your best”, “strive” or “try your hardest”.

The man is simply wrong, and here is why.

2 Timothy 2:15 KJB -  "STUDY to shew thyself approved unto God, a workman that needeth not to be ashamed, rightly dividing the word of truth."

9. While referencing Luke 9:1 “Then he called his twelve disciples together, and gave them power and AUTHORITY (εξουσια) over all DEVILS, and to cure diseases.” Mr. Brown wrongly criticizes two things here in the KJB.

The “school boy Greek” error Mr. Brown commits is criticizing the King James Bible for translating the Greek word εξουσια as both “authority” and “power”.  He first refers to Luke 9:1 and says the KJB got it right.  But then he goes to Luke 10:19 - “Behold, I give unto you POWER (εξουσια) to tread on serpents and scorpions, and over all the POWER (δυναμις) of the enemy; and nothing shall by any means hurt you.”

Mr. Brown strongly affirms the the KJB got this wrong and is a mistake and that εξουσια means “authority” and NOT “power”.

This is school boy Greek at its worst.  Both the Greek lexicons and the Versions he recommends tell us that the word εξουσια means BOTH “authority” and “power”.  The NIV 1984 edition complete concordance informs us that they have translated the word εξουσια as “authority” some 53 times, AND as “power” 11 times. They also have it as control, ability, disposal, and “right” (9 times).

Likewise the NASB complete concordance 1995 has translated this same Greek word εξουσια as authority 65 times, AND as “power” 11 times and as powers (once) as well as “liberty, right (11 times).

Thayer’s Greek-English Lexicon of the New Testament 1886 page 225 says the Greek word εξουσια means: “power, power of choice, physical and mental power, the ability or strength with which one is endued, authority.”

And the Greek-English Lexicon by Liddell and Scott, Oxford Press 1976 on page 599 defines the word εξουσια as meaning; “power, authority, power over, exercise authority, to have power.”

Not only does the KJB read: “Behold, I give unto you POWER (εξουσιαν) to tread on serpents and scorpions, and over all the POWER (δυναμιν) of the enemy: and nothing shall by any means hurt you.” but so too do the following Bible translations to name just a few -

10. Mr. Brown also tells us that the word should not be “devils”, as found in the King James Bible,  but “demons”.  Again, Mr. Brown is simply wrong, and here is why.

11. As most Bible critics, Mr. Brown brings up the word “unicorn”. Unicorns DO exist, but they are not what you think they are, and the modern versions did NOT get this right, and don’t even agree among themselves as to what is being referred to.

See “Is the word "unicorn" wrong in the King James Bible?”

12. Mr. Brown once again bumbles his way through what he calls an error when the King James Bible translates the same Greek word as both “weakness” and "infirmity” in 2 Corinthians 12.

Apparently he doesn’t know his own English language very well, nor has he consulted the other translations he recommends.

The word asthenia is translated as both “weakness” and “infirmity” in the NASB, NIV, NKJV, NET and Modern English Version.

A simple look at any good English dictionary informs us that the word “infirmity” does not just mean physical sickness but also can refer to “mental weakness” (Oxford),  “the condition of being feeble” (Webster’s), “The condition of being infirm, often as associated with old age; weakness or frailty” (American Heritage Dictionary)

13. Mr. Brown further shows the fact that he is his own authority when he tells us that Tyndale “got it right when he translated ekklesia as congregation” and the the KJB got it wrong with “church”.

Yet every version our “scholar” recommends to people like the ESV, NIV, NASB, NKJV or Modern English Version has the word CHURCH all through the New Testament and not the word “congregation”.

See "Is the word “church” wrong in the King James Bible?"

14.  At one point Mr. Brown complains about the KJB's use of the plural Cherubims, and once again he is wrong.  Here is why.

Seraphims and Cherubims in the King James Bible.http://brandplucked.webs.com/seraphimscherubims.htm
15. Again Mr. Brown complains about how the KJB has Elijah saying "HEAR me, O LORD, HEAR me" in 1 Kings 18:37 and he told us this is not literally what it says, but that it should be "ANSWER me". He said they are close, but not the same.
And once again, we see that Mr. Brown's "expertise" and "solid scholarship" is completely wrong, and is nothing more than his own personal opinion.

It already is accurate and “literal” in the King James Bible.  The Hebrew word is #6030 ahah.

According to Strongs it is: “a primitive root; properly “to eye” or generally “to heed, pay attention”, by implication, “to respond”; by extension “to begin to speak”; specifically “to sing, shout, testify, announce”, give account. “answer”, “cry”, “HEAR”.

The King James Bible and many other Bible translations have translated this word as “HEAR” many times, as well as “to answer”. Here are just a few of the examples:

Not only does the KJB have Elijah saying: “HEAR me, O LORD, HEAR me, that this people may know that thou art the LORD God, and that thou hast their heart back again.”  But so too do the following Bible translations -

The simple fact is this - Mr. Brown has NO inerrant Bible in ANY language either to believe in himself or to give to anybody else. He is his own authority, and not a very good one at that.

And the versions he IS recommending are the constantly changing modern versions like the ESV, NIV, NASB that are based on the Vatican supervised Critical Greek text that omits some 3000 words from the Reformation text of the King James Bible.

They all often reject the Hebrew readings in many places, and add to them (especially the ESV and NIV) and they all contain numerous examples of where they pervert and corrupt sound doctrine.

I and thousands of other redeemed by the blood of the Lamb, Bible believing Christians DO believe God has worked in history to give us a complete and INERRANT Bible, and we are tremendously blessed to have it in our own English language.

We can tell anyone exactly which one it is and where they can get one for themselves. It is called the King James Holy Bible.

Men like Michael Brown, James White, Dan Wallace, John MacArthur, James Price, and R.C. Sproul will NEVER show you a copy of what any of them believe IS the inerrant words of God in ANY language. And this is simply because none of these men (though Christians) really believe that such a things exists.