Psalm 46 and the alleged Shakespeare connection

In the immortal words of Bugs Bunny, it can often be said of the anti King James Bible critic, “What a Maroon!” 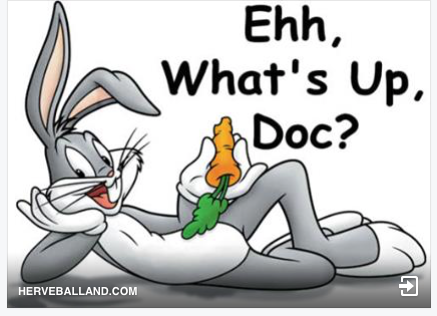 Psalm 46 and the alleged Shakespeare connectionOne of the silliest and most easily disproved criticisms I have seen now several times scattered around the internet is the accusation that the King James Bible obviously cannot be the inspired words of God because the KJB translators wanted to give homage and recognition to William Shakespeare and so they craftily included his name in Psalm 46.

King James Bible basher and Vatican Version user Al Maxey post this piece of utter nonsense on his website.  He writes: “TEXTUAL MANIPULATION IN THE KJV

"The scholars who worked on the KJV were also not above manipulating the text so as to include something of their own devising. One example which demonstrates this well is the manipulation of Psalm 46 to include a personal tribute to William Shakespeare (1564-1616), who turned 46 years of age just a few months before the publication date of the KJV. It was dedicated to him in honor of his influence upon the English language of his day.


Another man who makes this totally bogus charge is Dr. Ron Minton, Th.D. in his article “Holy Spirit Leadership and The Bible Translation Controversy.”

You can see this man’s article online at

Throughout this article, the learned doktor tells us that he believes in the inspiration, preservation and infallibility of the Bible, but of course he is not talking about any Bible that exists in print now or ever did.  He comes right out and tells us: “only in the original inspiration does perfection exist. The Holy Spirit has not preserved a perfect Bible in any copy or translation.”

He then goes on to tell us that the Bible is only “generically” inspired, but not “technically” inspired and infallible.  He says: “Technical means specific and exactly. Generic means in a general way but not always exactly.”

He then concludes - “Translations are inspired only in an indirect or linear way, and the degree of inspiration (or quality) of them all is measured by how accurately and faithfully they reflect the original writings from which they were translated. Only in that sense do they share or partake of inspiration. As was noted above, no copy or translation was directly inspired by the Holy Spirit; all have flaws.”

It should be as obvious as the noon-day sun on a clear day that Mr. Minton has never seen a single word of these alluded to “the original writings” a day in his life, simply because they do not exist and he knows it.  Yet he uses a present tense verb “IS” when he tells us that a translation is only inspired and accurate to the degree that it IS measured by how they reflect the original.

How in the world could he possibly know if any of these “inspired bibles” that differ from each other by as many as 45 entire verses plus another 2,000 - 3,000 words in the New Testament alone; reject and/or add hundreds of words in the Hebrew texts, and have totally different meanings in hundreds of individual verses “faithfully reflect the original writings”?!?

Do these “scholarly Th.D” types ever think through the stuff they try to pass off as distilled wisdom?  I trow not.

Let's take a closer look at the Maxey/Minton Maroon charge that the KJB translators could not have been directed by the Holy Spirit “to include Shakespeare's name in Psalm 46.”

One has to really have a vivid and very creative imagination to come up with this hair brained idea in the first place.  All we have to do is look at Psalm 46 in the King James Bible to see that it requires quite a stretch to even come up with this silly idea.

Psalm 46 - KJB To the chief Musician for the sons of Korah, A Song upon Alamoth.


Psalm 46 contains 11 verses. The Bible critic has to start with verse 3 where it says: “Though the waters thereof roar and be troubled, though the mountains  SHAKE with the swelling thereof. Selah.”  And then we have to skip all the way to verse 9 where we continue to read: “He maketh wars to cease unto the end of the earth; he breaketh the bow, and cutteth the SPEAR in sunder; he burneth the chariot in the fire.”  Oh, and by the way, William Shakespeare's name was not Shakespear, but ShakespearE.

Apparently our esteemed Bible scholars Maxey and Minton see a deliberate effort being made here by the King James Bible translators to somehow honor William Shakespeare by mistranslating the Hebrew text in such a way as to force the word SHAKE into verse 3 and SPEAR into verse 9 to come up with some subtle reference to the English bard, William Shakespeare.

Not only does the King James Bible just “happen to have” the words SHAKE in verse 3 and SPEAR in verse 9 but so also do the following English Bible translations done both before 1611 and before Shakespeare ever wrote a single word in one of his poems or dramas.

Coverdale Bible 1535 v. 3 - Though the waters of the see raged & were neuer so troublous, & though the mountaynes SHOKE at the tepest of the same.

V. 9 - He hath made warres to ceasse in all the worlde: he hath broken the bowe, he hath knapped the SPEARE in sonder, & bret the charettes in the fyre.

The Great Bible 1540 v.3 - Though the waters therof rage & swell, & though the mountaynes SHAKE at the tempest of the same. Sela.

v.9 - He maketh warres to ceasse in all the worlde: he breaketh the bowe & knappeth the SPEARE in sonder, & burneth the charettes in the fyre.

Matthew’s Bible 1549 v. 3 - Though the waters of the sea raged and were neuer so troublous, and thoughe the mountaynes SHOKE at the tempest of the same. Selah.

v.9 - He hath made warres to cease in all the worlde: he hathe broken the bowe, he hathe knapped the SPEARE in sonder, and brente the charettes in the fyre.


Bishops’ Bible 1568 v. 3 - Though the waters thereof rage and swell: and though the mountaynes SHAKE at the surges of the same. Selah.

v. 9 - He maketh warres to ceasse in all the worlde: he breaketh the bowe, & knappeth the SPEARE in sunder, and burneth the charettes in the fire.

Geneva Bible 1587 - v.3 Though the waters thereof rage and be troubled, and the mountaines SHAKE at the surges of the same. Selah

v. 9 - He maketh warres to cease vnto the endes of the world: he breaketh the bowe and cutteth the SPEARE, and burneth the chariots with fire.

The Revised English Version 1885 v. 3 - Though the waters thereof roar and be troubled, though the mountains SHAKE with the swelling thereof. Selah

v.9 - He maketh wars to cease unto the end of the earth; he breaketh the bow, and cutteth the SPEAR in sunder; he burneth the chariots in the fire.


The 1917 JPS (Jewish Publication Society) v. 3 - Though the waters thereof roar and foam, though the mountains SHAKE at the swelling thereof. Selah

v. 9 - He maketh wars to cease unto the end of the earth; He breaketh the bow, and cutteth the SPEAR in sunder; He burneth the chariots in the fire.

RSV  1946 (Revised Standard Version) v. 3 - Therefore we will not fear though the earth should change, though the mountains SHAKE in the heart of the sea;

v. 9 - He makes wars cease to the end of the earth; he breaks the bow, and shatters the SPEAR, he burns the chariots with fire!

Dan Wallace and company’s NET version online - v. 3 when its waves crash and foam, and the mountains SHAKE before the surging sea. (Selah)

v. 9 He brings an end to wars throughout the earth; he shatters the bow and breaks the SPEAR; he burns the shields with fire.

It should be abundantly obvious at this point that neither Al Maxey nor Ron Minton Th.D. “understands neither what he says, nor whereof he affirms” - See 1 Timothy 1:7.

Mr. Minton Th.D. is trying to prop up this absurd idea of an inspired and inerrant Bible (which he in fact does NOT believe in) in a pathetic attempt to appear “orthodox” by redefining the terms inspired, infallible, preserved and inerrant as being true only “generically” but not “technically”.

Minton further states: “God is not a God of confusion. It is true that he leads in textual decision and in translators as they work. However, it cannot be demonstrated that any copier or translator has worked flawlessly. There is a difference between "guiding" and "moving." Copying and translating the Bible are human actions and responsibilities. They are not supernatural acts of the Spirit that resulted in the preservation of a perfect Bible at any stage in human history.”

The only one who is confused here is Ron Minton Th.D. On the one hand he tells us God is not a God of confusion and that He leads in textual decisions and translations.  The King James Bible believers would totally agree with him on these points.  But then he contradicts himself and destroys the whole idea of God actually leading any group of men to give us His perfect, preserved, inspired and infallible words, by telling us that God apparently was not able to actually DO this at any point in history and so all we have now are multiple choice, conflicting and contradictory versions, often based on very different texts, and he wants to have his cake and eat it too by calling them all “inspired, preserved and inerrant” in a purely GENERIC way.

And they often reject the clear Hebrew readings -

You can keep your “generic”, sort of, kind of, in a vague and undefined way, ever changing and contradictory “inspired bibles” which NOBODY REALLY BELIEVES are the pure, complete, inspired and 100% true words of God. I and thousands of other blood bought children of God will stick with the greatest masterpiece and all time best seller the world has ever seen, the Authorized King James Holy Bible.

“Kept by the power of God through faith” and believing The Book,

“If we would destroy the Christian religion, we must first of all destroy man’s belief in the Bible.”  Voltaire

Notes from the Internet -

“Shakespeare did not write the King James Bible, no way, no how.”
https://manifoldgreatness.wordpress.com/2011/04/22/shakespeare-did-not-write-the-king-james-bible-no-way-no-how/