Judges 15:19 Did God cause water to come out of a jawbone?  Really? 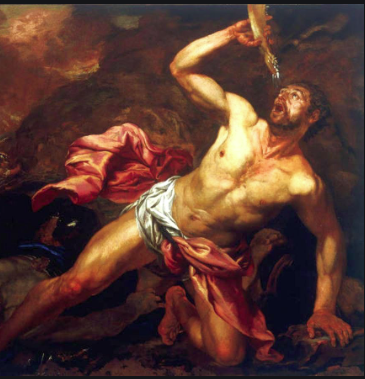 KJB - "But God clave AN hollow place THAT WAS IN THE JAW, and there came water thereout; and when he had drunk, his spirit came again, and he revived...."

NKJV (NASB, NIV, NET, Jehovah Witness NWT, Catholic New Jerusalem) -  "So God split THE HOLLOW PLACE that IS IN LEHI, and water came out and he drank, and his spirit returned, and he revived.”

The word that is translated as "hollow place that was in THE JAW" is # 3895 lechiy as can be seen from this interlinear Hebrew Old Testament.

The Ancient Hebrew Bible 1907 - "But God clave an hollow place that was IN THE JAW, and there came water thereout"

Jewish Virtual Library Complete Tanach 1994 - “But God clave an hollow place that was IN THE JAW, and there came water thereout; and when he had drunk, his spirit came again, and he revived: wherefore he called the name thereof Enhakkore, which is in Lehi unto this day.”

The Hebrew Transliteration Scripture 2010 - "But Elohim clave an hollow place that was IN THE JAW, and there came water thereat."

Wycliffe 1395 - "Therfor the Lord openyde a wang tooth in THE CHEKE BOON OF THE ASSE."

The Bishops' Bible of 1568 says: "But God brake a great tooth that was IN THE JAWE, & there came water therout, and when he had drunke, his spirite came agayne."

Lamsa's 1933 translation of the Syriac Peshitta entirely agrees with the King James Bible.  It reads: "And the LORD God OPENED THE HOLLOW PLACE THAT WAS IN THE JAWBONE OF THE ASS, and there came water from it."

And even the so called Greek Septuagint reads like the KJB with: "And God broke open A HOLLOW PLACE IN THE JAW, and there came thence water, and he drank."

I find it interesting that the modern version promoters will often pit either the Syriac or the Septuagint or both against the KJB when it suits their purpose of discrediting the King James Bible, but simply ignore them when they confirm the readings found in the KJB.

The Douay-Rheims version 1610 and the 1950 Douay both say: "Then the Lord opened a great tooth IN THE JAW of the ass and waters issued out of it."

But later Catholic versions change the sense of the passage to match that found in such versions as the NKJV, RSV, NASB, NIV, and Holman Standard. The Catholic New Jerusalem bible 1985 says: : "The God opened A HOLLOW IN THE GROUND, the hollow there is at Lehi, and water gushed out of it."

BUT the Sacred Scripture Catholic Public Domain Version 2009 has gone back to - “And so the Lord opened a large tooth in the jawbone of the donkey, and water went out from it. And having drank it, his spirit was revived” and so has the Revised Douay-Rheims Bible of 2012 has gone back to "THE JAW OF THE ASS AND WATERS ISSUED OUT OF IT."

Likewise the Jehovah Witness New World Translation says: "So God split open A MORTAR-SHAPED HOLLOW that was in Lehi, and water began to come out of it."

The NKJV, NASB, NIV etc. all make the water to come out of A HOLLOW PLACE IN LEHI  instead of the jawbone of an ass.

The NKJV says: "So God split THE HOLLOW PLACE that IS IN LEHI, and water came out and he drank."

The Easy-to-Read Version (And that is sooo important for today’s Comic Book Christians, don’t ya know) 2006 has: “There IS A HOLE IN THE GROUND at Lehi. GOD MADE THAT HOLE CRACK OPEN, and water came out.”

And the New Living Translation 2013 has: “So God caused WATER TO GUSH OUT OF A HOLLOW IN THE GROUND at Lehi, and Samson was revived as he drank.”

Many commentators accuse the King James Bible of being in error here, and some are quite strong about it. For example, Ellicott’s Commentary for English Readers says: “The notion that God made a miraculous fountain in one of the tooth-sockets of the jawbone of the ass is one of the childish misinterpretations with which Scripture exegesis is constantly defaced.”  [End of Bible critic's notes]

Imagine that. How silly to think that God could do a miracle and make water come out of the jawbone of an ass! Who does He think He is... God?

Every man, I suppose, is entitled to his own opinion. But ask any of these King James Bible correctors to show you a copy of what they honestly believe IS the complete and infallible words of God, and not one of them will ever do it. You see, they are still working on their own peculiar version of what it might be, and all you are going to get from them is their personal opinion.

But other men, like Worthington, have commented on this passage: “It is a greater miracle to draw water out of a dry bone, than out of the earth or stones. But all things are possible to God.”

John Gill wavers back and forth as he often does, but he first mentions the view of renowned Jewish scholars. Gill says: "And God clave an hollow place that was in the jaw, and there came water thereout…A socket in which was fastened one of the teeth, and was in the form of a mortar; SO JARCHI and BEN MELECH, as the word for an hollow place signifies; one of the grinders was knocked out, and so the place where it had been was left hollow, and out of that sprung a stream or flow of water; which was very wonderful, since out of such a place rather blood, or purulent matter, would naturally have issued."

John Wesley waffles a bit by offering both views, but he doesn’t outright reject the miracle of causing water to come out of the jawbone of an ass.  He comments: - “In the Jaw - Either causing the jaw - bone to send forth water, as the rock formerly did, causing a spring to break forth in that Lehi, mentioned Judges 15:14, for Lehi is both the name of a place, and a jaw - bone.”

Matthew Poole’s Annotations - “in the jawbone which he had used, which God could easily effect, either by causing the jawbone to send forth water, as the rock formerly did, the miracle being in effect the same, though in a differing subject”.

I'm in agreement with the King James Bible, Matthew Poole and Mr. Worthington on this one - "It is a greater miracle to draw water out of a dry bone, than out of the earth or stones. All things are possible to God.”

All of grace, believing The Book - the Authorized King James Holy Bible. Don't head for "home" without it.