What does it mean to "receive Christ" as your Saviour?

Many Christians today seem to think that the Lord Jesus Christ is like a politician hoping for your vote. He presents His case, argues His good points and leaves it up to you to make the final decision as to whether you will "accept or reject" His offer.

Is this a biblical perspective or only the result of the natural, humanistic mindset of man? I too once believed that I had made up my own mind and cast my vote for Jesus; that is, until God began to open up His words to me and show me the truth about Who chose whom and why I had received Christ. 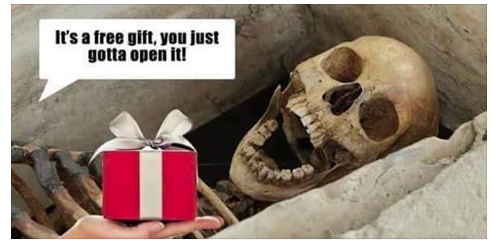 In John 1:11-13 we read: "He came unto his own, and his own received him not. But as many as received him, to them gave he power to become the sons of God, even to them that believe on his name: Which WERE BORN, NOT of blood, NOR of the will of the flesh, nor of the will of man, but OF GOD."

When a "free will choice" advocate reads this verse he focuses on the word "received" and then reads the white spaces and thinks it says "received by their free will choice". But the text does not say that. They just added it in their thinking.

Notice that those who received him and believed on his name WERE BORN (not "got born") of God. Regeneration precedes belief or faith.

Unless you ARE born again, you cannot SEE the kingdom of God nor enter into it, as Jesus taught Nicodemus in John chapter 3.

Why do some not receive Him and others do receive Him? The Bible itself gives us the answer in many passages. In this same gospel of John in chapter 3:27 John the Baptist tells us: "A man can receive nothing, except it be given him from heaven".

The apostle Paul says in I Corinthians 4:7 "For who maketh thee to differ from another? and what hast thou that thou didst not receive? now if thou didst receive it, why dost thou glory, as if thou hadst not received it?"

It is God Himself who makes us differ from another who does not receive Christ. We can only receive what has been given to us, so how can we possibly glory or boast about something that was freely given to us?

If you think that your alleged "free will choice" is involved in your "receiving" anything from the Lord, then you are guilty of doing the very thing this verse warns us against doing - "why dost thou glory (boast, be proud), as if thou hadst not received it?"

Notice the use of the word "receive" in the following verses, and ask yourself just how much a personal decision to either accept or reject is involved.

1 Corinthians 11:24 "Of the Jews five times received I forty stripes save one.";

John 7:23 "If a man on the sabbath day receive circumcision";

James 5:7 "the husbandman waiteth for the precious fruit of the earth, and hath long patience for it, until he receive the early and latter rain.";

and Hebrews 2:2 "every transgression and disobedience received a just recompense of reward".

Obviously in all of these examples the person involved had no choice in the matter as to whether he would accept or reject what he received.

We can receive only what is given to us. The Lord Jesus said: "Therefore said I unto you, that no man can come unto me, except it were given unto him of my Father" John 6:65.

Consider these examples of how we receive what is given to us. The Lord answered the disciple's question about marriage with these words: "All men cannot receive this saying, save they to whom it is given." Matthew 19:11.

In another parable Christ says: "And unto one he GAVE five talents, to another two, and to another one" yet in the next verse these same servants are described as: "Then he that had RECEIVED the five talents went and traded with the same" Matthew 25:15, 16.

Some Christians have used Romans 5:17 to support their idea that we must choose to accept what Christ offers us. It says: "For if by one man's offence death reigned by one: much more they which RECEIVE abundance of grace and of the gift of righteousness shall reign in life by one, Jesus Christ."

This verse is speaking about receiving the grace of God. Let's compare this verse with another that likewise speaks of the grace of God and tells us when, in the plan of God, this grace was given. In 2 Timothy 1:9, 10 we read "God who hath saved us, and called us with an holy calling, not according to our works, but according to his own purpose and GRACE, WHICH WAS GIVEN US in Christ Jesus BEFORE THE WORLD BEGAN, But is now made manifest by the appearing of our Saviour Jesus Christ, who hath abolished death, and hath brought life and immortality to light through the gospel."

This same truth is revealed by comparing two verses that speak of our adoption as sons of God. In Galatians 4 we read that when the fulness of time was come God sent forth his Son, "To redeem them that were under the law, that we might RECEIVE the adoption of sons" Galatians 4:5.

Yet in Ephesians 1:5 we read that we were "predestinated unto the adoption of children by Jesus Christ to himself, according to the good pleasure of his will."

Again, it is clear that we can only receive that to which we were predestined and was given us by God our Father.

Is salvation a gift from God? Of course it is. The faith that believes in Christ is itself also a gift from God, as well as the changed heart that makes us willing to receive Him.

James 1:17-18 tell us: "Every good gift and every perfect gift is from above, and cometh down from the Father of lights, with whom is no variableness, neither shadow of turning. OF HIS OWN WILL begat he us with the word of truth, that we should be a kind of firstfruits of his creatures."

Remember what the forerunner of our Lord said, "A man can receive nothing, except it be given him from heaven."

B. posts: " Will, you said, "Jesus says: "This is the work of God, that ye believe on him whom he hath sent." You either see this verse as teaching that God does the work of making you believe". Well Will, I accepted the work of God and believed on him whom he hath sent."Hi sister B. I can tell from the things you keep saying that you do not yet see the truth of God choosing you to salvation and drawing you to the Son and giving you the new birth and faith to believe it all. You still think you had some crucial and necessary part to play or contribute to your salvation.You use the expression "I accepted the work of God and believed on Him." First of all, the word "accepted" is never used when talking about the gifts of God. If God gave you something, then it is a completed process. God does not "offer" faith; He gives it. If He gave you faith, then you believe. You do not decide to accept anything.Secondly, even if you use the word "received" as in "I received Christ", this STILL has NOTHING to do with your imaginary "free will". Look at the verses in John 1:12-13 and try to see what they are really saying."But as many as RECEIVED him, to them gave he power to become the sons of God, even to them that BELIEVE on his name. Which WERE BORN, not of blood, NOR OF THE WILL OF THE FLESH, NOR OF THE WILL OF MAN, BUT OF GOD."Your "receiving" Him and "believing" on His name are the result of your being born again, not of the will of the flesh, but of God.

Remember, "A man can receive nothing except it be given him from heaven."  John 3:27

And "For who maketh thee to differ from another? and what hast thou that thou didst not RECEIVE? now if thou didst RECEIVE it, why dost thou glory, as if thou hadst not RECEIVED it?" 1 Corinthians 4:7

The Scripture here does NOT say "as many as received him and believed on him GOT BORN, but rather WERE BORN of God.God first gave you the new birth and new life, and that was NOT OF YOUR WILL. This is why you then received Him and believed on Him. GOD gave you this new birth and this faith to believe. He did the same for me. WE had NOTHING TO DO WITH IT. It was ALL of God.

"Of HIS OWN WILL BEGAT HE US with the word of truth" - James 1:18. Do you see your "free will" or your decision anywhere at all in any of these verses? No, of course not. You have to read those things in the white spaces. They are not there in the words of God.May God open your understanding so you can see these things. The amazing thing to me is that they are right there in front of us, but we do not see them unless and until God opens our eyes to them.

You also might want to take a closer look at the verse you referred to in John 6:29 - "This is the work of God, that ye believe on him whom he hath sent."

There are two very different ways of looking at this verse. The "free will" way ends up creating lots of contradictions (as it always does) and the Monergistic way is the only one that fits and does not contradict the other Scriptures.  Here is my study on this verse. I hope it will be of some help to you.

http://brandplucked.webs.com/john629theworkofgod.htmOnce God enabled me to see these things, I marvel at how incredibly blind I was to them for so many years. Now they are as clear as day to me and I praise and give glory to my Saviour and Redeemer for His amazing grace to me a wretched sinner.