Faith cometh by hearing, and hearing by the word of God - Romans 10:17

"Faith cometh by hearing, and hearing by the word of God." Romans 10:17 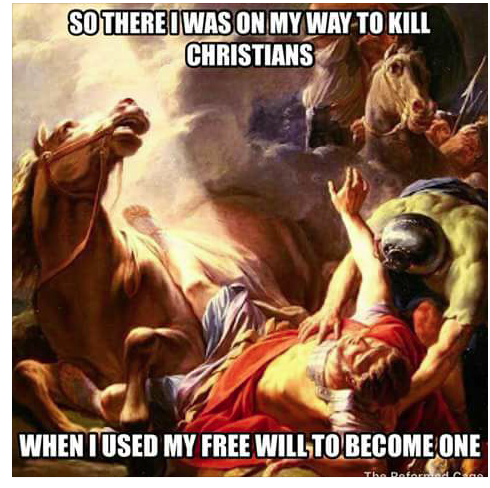 One of the most common responses I get from the "free willers" when I ask them WHY do some people have faith and others do not, is for them to cite Romans 10:17 - "So then faith cometh by hearing, and hearing by the word of God."  Yet this is NOT answering the question as to WHY some believe and others do not.

This verse tells us HOW they came to believe, but it does not tell us WHY they believe or WHY they have faith.

And if we follow the logic of their thinking, then it follows that ANYBODY who simply hears the word of God preached automatically has faith; and we all know this is not true at all.

And Who is it that opens the ears so that some CAN hear, and Who also closes the ears of others so that they CANNOT hear?

The Bible tells us that God closes the ears of some, and he opens the ears of others.  If God does not open your ears and cause you to hear his voice, you will never come to him for either salvation or for fellowship.

"Yet the Lord hath not given you an heart to perceive, and eyes to see, and ears to hear, unto this day."  Deuteronomy 29:4

In Matthew 13 and in Mark chapter 4 the Lord Jesus preaches the parable about the Sower and the seed and tells us of four different results. He closes his discourse by saying: "Who hath ears to hear, let him hear." (Matthew 13:9; Mark 4:9)

The verses that immediately follow are of great interest.  In Matthew 13:10 "the disciples came, and said unto him, Why speaketh thou unto them in parables?  He answered  and said unto them, BECAUSE IT IS GIVEN UNTO YOU TO KNOW the mysteries of the kingdom of heaven, BUT TO THEM IT IS NOT GIVEN....THEREFORE SPEAK I TO THEM IN PARABLES:  because they seeing see not; and hearing they hear not, neither do they understand."

It is even stronger in Mark 4:10-12.  There we read: "And when he was alone, they that were about him with the twelve asked him of the parable.

And he said unto them, Unto you IT IS GIVEN TO KNOW the mystery of the kingdom of God, BUT UNTO THEM THAT ARE WITHOUT, all these things are done in parables:

That seeing they may see, and not perceive; and hearing they may hear, and not understand; LEST THEY BE CONVERTED, AND THEIR SINS SHOULD BE FORGIVEN THEM."

Many people think that Jesus spoke in parables in order to make something easier to understand. But the reality is the exact opposite.

7 What then? Israel hath not obtained that which he seeketh for; but the election hath obtained it, and the rest were blinded.

8 (According as it is written, GOD HATH GIVEN THEM the spirit of slumber, eyes that they should not see, and EARS THAT THEY SHOULD NOT HEAR;) unto this day.

GOD has to open our ears to hear

Psalms 40:6 - "Sacrifice and offering thou didst not desire; MINE EARS HAST THOU OPENED: burnt offering and sin offering hast thou not required."

37 But though he had done so many miracles before them, yet they believed not on him:

38 That the saying of Esaias the prophet might be fulfilled, which he spake, Lord, who hath believed our report? and to whom hath the arm of the Lord been revealed?

39 Therefore they could not believe, because that Esaias said again,

43 Why do ye not understand my speech? even because YE CANNOT HEAR MY WORD.

44 YE ARE OF YOUR FATHER THE DEVIL, and the lusts of your father ye will do. He was a murderer from the beginning, and abode not in the truth, because there is no truth in him. When he speaketh a lie, he speaketh of his own: for he is a liar, and the father of it.

45 And because I tell you the truth, ye believe me not.

HE THAT IS OF GOD HEARETH GOD'S WORDS: YE THEREFORE HEAR THEM NOT, BECAUSE YE ARE NOT OF GOD."

Once again, please notice that Jesus is NOT saying "If you hear, then you will also be of God", but rather, the very reason they do NOT hear is because they are NOT of God.

See what the Bible says in answer to this basic question: "WHY do some have faith and others do not?"

The Bible DOES answer this question. It's just that most people don't really believe what God says about it.

ALL of grace, believing the Book - the King James Bible.