Burger King "bibles"  - Have it your way.

Burger King "bibles" - Have it your way.

Most Christians today want The Burger King Version - Have it your way. 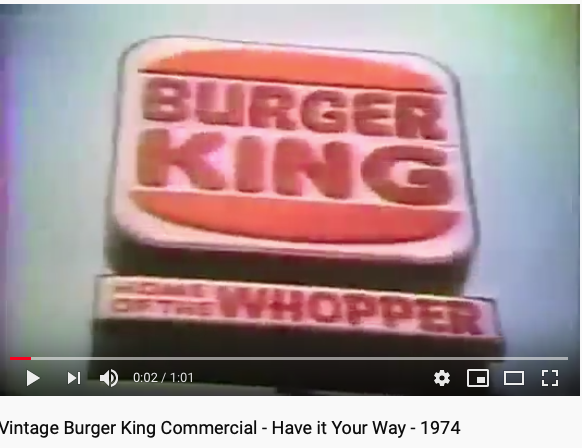 "In regard to Bible versions many contemporary Christians are behaving like spoiled and rebellious children. They want a Bible version that pleases them no matter whether it pleases God or not. "We want a Bible version in our own idiom," they clamor. "We want a Bible that talks to us in the same way in which we talk to our friends over the telephone. We want an informal God, no better educated than ourselves, with a limited vocabulary and a taste for modern slang." And having thus registered their preference, they go their several ways. But God is bigger than you are, dear friend, and the Bible version which you must use is not a matter for you to decide according to your whims and prejudices. It has already been decided for you by the workings of God's special providence.

If interested, you can read "The King James Bible Defended" online here -

Every Man for Himself Bible Versions - the HCSB, NET, ESV, NIV, TNIV, NKJV

"In those days there was no king in Israel: every man did that which was right in his own eyes." Judges 21:25

ALL of grace, believing the Book - the Authorized King James Holy Bible,